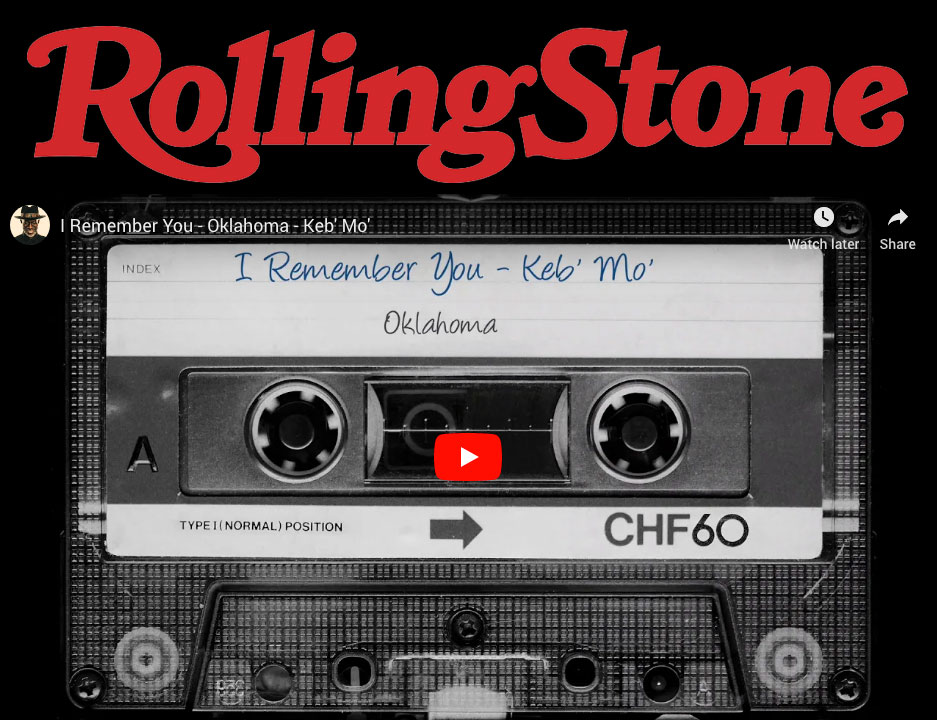 Keb’ Mo’ deals with the enduring power of a memory in the sizzling new song “I Remember You.” The track is the latest release from the modern bluesman’s upcoming album Oklahoma, due out June 14th.

Over a muscular groove, Keb’ Mo’ tells a story of one guy and his unforgettable encounter with a beguiling woman. “My name is Junior, from Memphis, Tennessee/My daddy was a hustler, and a stranger to me.” Tough as this character sounds, he’s no match for the lady in a red dress, who’s dancing at the bar and sipping a margarita. But just like that, she’s out the door and gone forever, leaving Junior with only a delicious memory he can indulge from time to time. Keb’ Mo’ calls the song “a little fantasy about a high-class woman in a low-class joint.”

Oklahoma will be available for pre-order beginning Friday, May 10th.