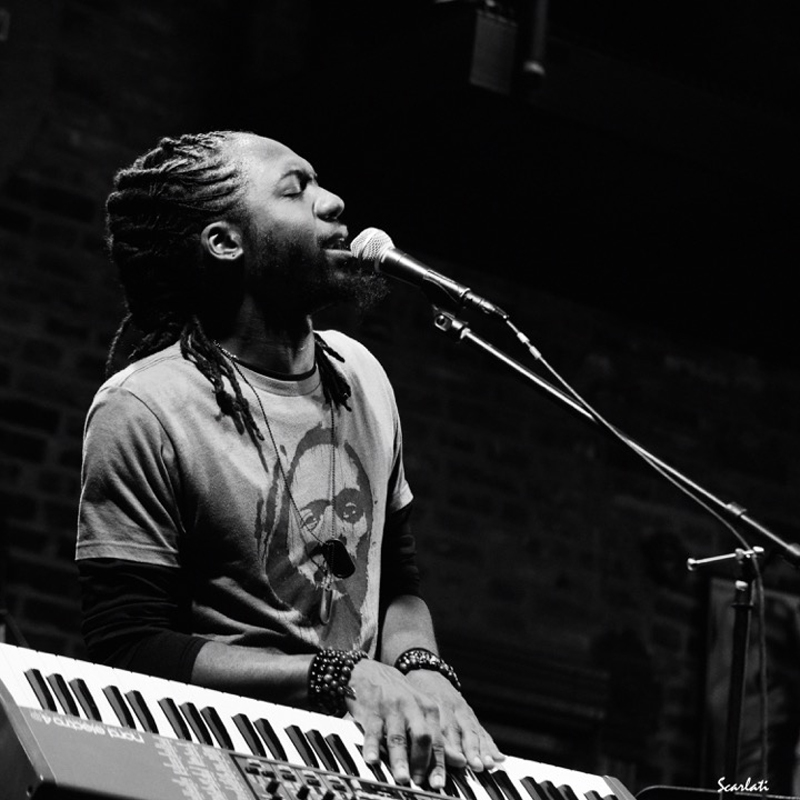 Watching the energetic, spontaneous, and passionate musicianship of Michael Hicks on stage, one would find it hard to believe that this fiery keyboardist is reserved, introverted, and even shy off stage. A native of Warner Robins, Georgia, graduate of Middle Tennessee State University’s revered Recording Industry program, and a current resident of Nashville, Tennessee, Michael brings a musical background rich in the culture of gospel music and the rhythmic stylings of soul and funk. Having met Keb Mo at a session for “Memphis Beat”, he began working with him on a daily basis and soon became the newest addition to Keb’s band. Mike has toured internationally, having shared the stage with and/or recorded with numerous artists including Buddy Guy, Michael McDonald, Lizz Wright, Amy Grant, Brooks and Dunn, Derek Minor, Jonny Lang, Taylor Hicks, among many more. His travels have afforded him the opportunities to play in prestigious venues including the Sydney Opera House, the Apollo Theater, and many others. Quietly becoming a force in Nashville’s urban music scene, he produces and writes for various artists and he is the frontman and songwriter for Nashville’s newest force of funk, Funktional Punctuation (aka The Funk Puncs). Mike was honored with 3 Nashville Independent Music Awards in 2013 including Best R&B Male Artist, Best Album (“This Is Life”), and Best Soul/Funk Band (for the second consecutive year). Known for honesty and transparency in his delivery, Mike continues to blaze his own trail, creating his own brand of “life music” in the process.