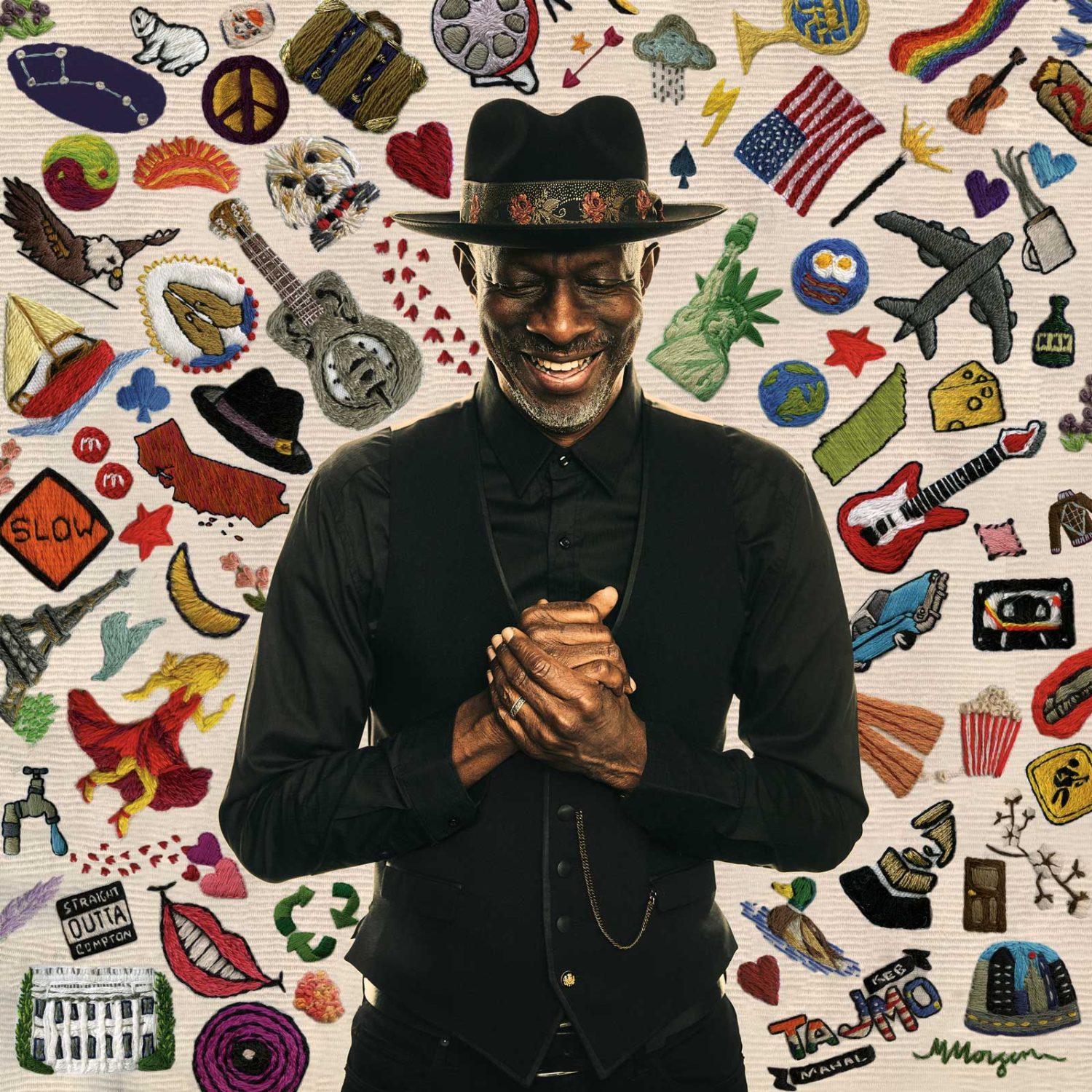 With an armful of Grammys to his name, blues guitarist Keb’ Mo‘ (Kevin Moore) has never been truly confined to any one genre, incorporating elements of rock, Americana, and R&B throughout his career. On his upcoming album Oklahoma, he sets his sights on issue-driven storytelling, tackling tales of depression, environmentalism, and feminism.

He also considers the immigrant experience on “This is My Home,” which tells a trio of stories about people searching for a better life. Moore spoke with us about the song’s origins, why he kept politics out of it, and why not every song needs to last forever.

Oklahoma is due out June 14 on Concord Records, and “This is My Home” is immediately available to anyone who preorders the record.

AllMusic: You opted for a fairly stripped-down arrangement for this song, how did you make that decision?

Keb’ Mo’: Yeah, the point was to not overshadow the story. If I’d thought of something else, I would have put it on there. It’s a national steel guitar with accordion and backing vocals from Jaci Velasquez. I wanted the guitar to sound a little more exotic, more like world music, tribal, just different, like something from a foreign land. On the record, I played it with that national steel guitar to make it sound a little wonky, which I like, but in the live show I do it on a regular acoustic to fill it out a little bit.

We’ve already started playing it, and it gets a great response. The first time I played it, I was like, “Whoa.” It may not move like that five years from now, it may be old hat; some songs live on for years, and some songs have a purpose in a certain time period. But time is circular, like how a clock moves in a circle, planets around the sun, it could come back around.

Keb’ Mo’: It was inspired by three stories. The first story was about Lupe, who was my housekeeper in L.A., she’d come by every couple of weeks. Her and all the people she introduced me to were such fine people, and meeting people in L.A., the Mexicans, the Nicaraguans, the Guatemalans, they’re there to work, and you can trust these people.

The second verse, Mohammed, was inspired by a taxi driver from Iran, who picked me up one day to take me to the airport, and I realized I didn’t have my wallet, I’d packed it in a suitcase, and he took me anyway. I told him I’d send him a check, and he said, “OK, I trust you,” and I sent him a check with a really nice tip on it. But I remembered his kindness. I changed the country to Pakistan for the song, but the real guy was someone who came from Iran and who really wanted to be here. And the third one is me.

AllMusic: It’s a song about America, but it’s about the people, not about politics.

Keb’ Mo’: I find that’s the best way to address an issue. When people start getting down on immigrants, it makes me want to tell a story about Americans who I really respect. It’s like being black in the time of segregation, when people were surprised that black people weren’t lazy and shiftless, even though we were made out to be less than. “Oh, he’s black, but he’s all right,” and that starts the conversation and people can start to say, “Maybe we’ve got it wrong.” America always needs a reminder that none of us were here, the longest most of us have been here is 400 years, and before that were people who were here for tens of thousands of years before we got there. So we’re all immigrants.

AllMusic: The song is very warm, was there a time when you would have taken an angrier tone while discussing injustice in a song?

Keb’ Mo’: No, that’s not really me, being pissed-off about a situation. I want to shed light on a situation, I want to put it in a framework where people aren’t going to push back, but they’ll be given the opportunity to examine the situation and examine their own experience. I’m just telling a story without judgment of who these people are, and Lupe and Mohammed get married, now they have kids who can learn their ancestry. There’s more layers that you can peel back when you tell it that way, rather than being angry. Then people are just like, “What’s he trying to say here?” You have to give the listener a chance to involve themselves.