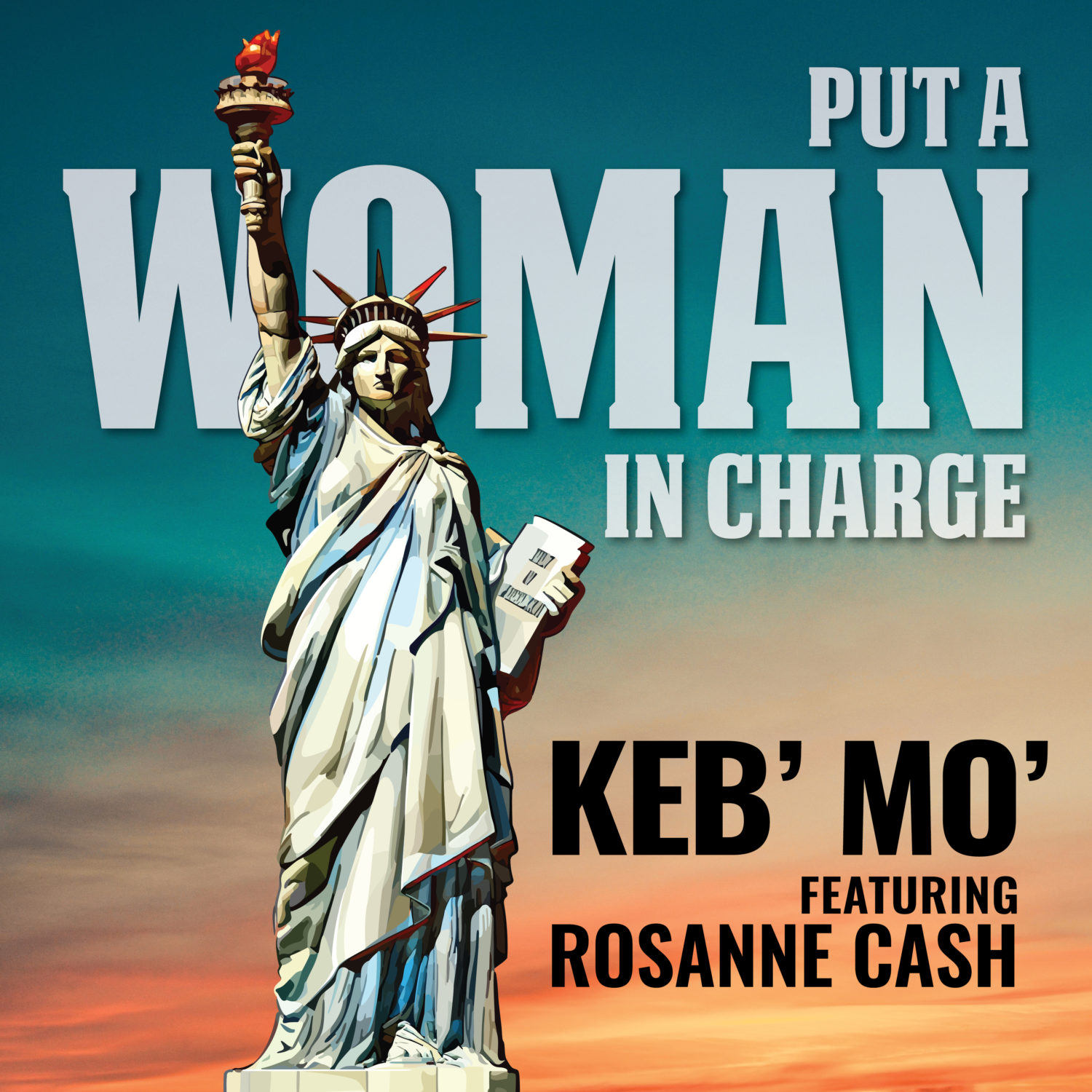 Keb’ Mo’ and Rosanne Cash Team Up for
Timely Anthem Song, “Put A Woman In Charge” 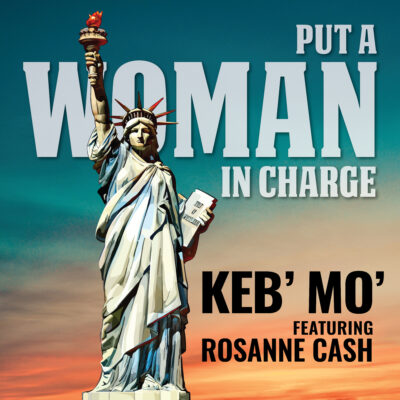 (NASHVILLE, Tenn. – Sept. 28. 2018) Keb’ Mo’ and Rosanne Cash, both 4-time GRAMMY award-winners, known for their activism and philanthropic work, have teamed up to release, “Put A Woman In Charge;” an upbeat anthem with a timely message about female empowerment and embracing women in leadership roles.

Keb’ Mo’ commented about the track, “’Put A Woman In Charge’ is about trying something else. There have been a lot of great achievements made by men or by the masculine, but maybe, just maybe, we’ve gotten too comfortable with the imbalance of men in power and have fallen short by not listening and embracing what women have to offer when they lead. I think the song should be heard and conversations need to be had. It’s about empowering each and every one of us to contribute, and to be brave to step forward and speak up.”

“Put A Woman In Charge” came to life through a writing session for Keb’ Mo’s next album due out in the summer of 2019. Keb’ and John Lewis Parker were writing when the idea struck them, “Put A Woman in Charge.” They immediately brought in their friend, Beth Nielsen Chapman to help tell that story.

Music force Rosanne Cash, who delivered a powerful acceptance speech while accepting the Spirit of Americana Free Speech Award during this year’s Americana Music Awards teamed up with Keb’ and sings on the track. Keb’ shares, “Having Rosanne be a part of this project is amazing. All the pieces of working with Rosanne just fell together, and it has become a beautiful thing.”

On Nov. 2, Cash will release her first new album in nearly five years, titled “She Remembers Everything.” The poetic, personal and incisive collection features ten songs, all written or co-written by Cash, that reckon with a flawed and fragile world from a uniquely feminine perspective.

Rosanne Cash appears courtesy of Blue Note. Kind of Blue Music released “Put A Woman In Charge” on Sept. 28th with a music video release to follow in the coming days.

Keb’ Mo’ is coming off his most recent album release, TajMo, a cross-generational collaboration with legendary blues musician Taj Mahal that merges the two artists’ distinctive voices and guitar styles. The project, which won the 2018 GRAMMY for “Best Contemporary Blues Album,” features guest appearances by Sheila E., Joe Walsh, Lizz Wright, and Bonnie Raitt. Additionally, at the 39th Annual Blues Music Awards, TajMo earned Album of the Year and Contemporary Blues Album of the Year, and Keb’ Mo’ also took home the title of Contemporary Blues Male Artist of The Year. As previously announced, Keb’ Mo’ will headline a 2019 West Coast tour, set to kick-off May 7, 2019, in Grants Pass, OR. For more information on Keb’ Mo’s tour dates or to purchase tickets, please visit http://www.kebmo.com/tour/.

For press inquiries, contact Christy Watkins at 615-269-7071 or christy@aristomedia.com.