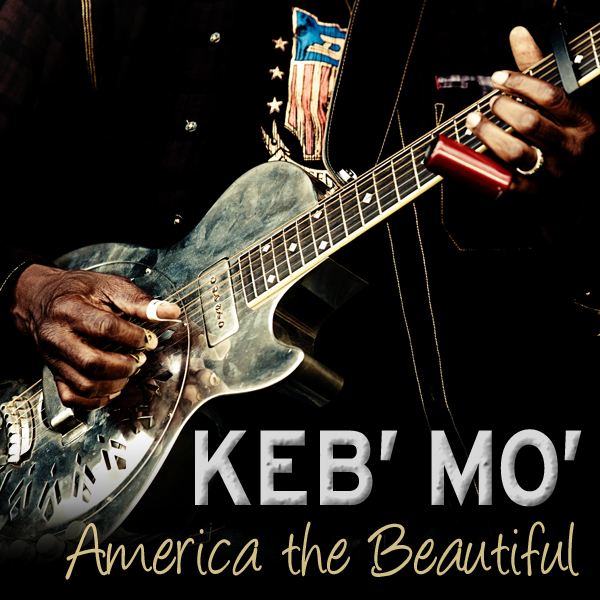 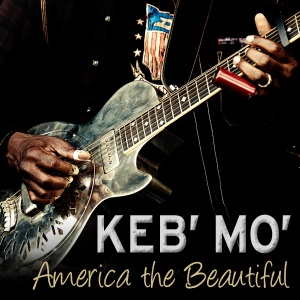 (Nashville, Tenn. – Aug. 29, 2014) – In honor of the Labor Day holiday, three-time Grammy award-winning singer, songwriter, guitarist and contemporary blues artist, Keb’ Mo’, is offering a free download of his song, “America The Beautiful.” Available on his official website, www.kebmo.com/atb, the track will only be offered through Monday, Sept. 1, 2014.
This is the second time “America The Beautiful” has been offered as a free download. Due to the reaction and popularity of the offer surrounding the 4th of July holiday, Keb’ Mo’ chose to provide the offer once again over the holiday in which we celebrate our country’s labor movement.
Keb’ Mo’ originally recorded “America The Beautiful” for his 2001 GRAMMY nominatedalbum, Big Wide Grin. The song went on to garner national attention and aired on the final episode of the hit-TV drama The West Wing. Keb’ Mo’ was also invited to perform the song at the White House.
This past April, Keb’ Mo’ released his 12th studio album, titled BLUESAmericana, on Kind of Blue Music. Since it’s release, the album has spent several weeks at #1 on the Soundscan Blues Album chart, including a return to the #1 spot after a period of time following it’s release.
Over the past two decades, Keb’ has cultivated a reputation as a modern master of American roots music through the understated excellence of his live and studio performances. B.B. King, Buddy Guy, the Dixie Chicks, Joe Cocker, Robert Palmer and Tom Jones have all recorded his songs. His guitar playing has inspired leading instrument makers Gibson Brands to issue the Keb’ Mo’ Signature Bluesmaster acoustic guitar and Martin Guitars to issue the HD-28KM Keb’ Mo’ Limited Edition Signature model.
He’s collaborated with a host of artists including Bonnie Raitt, Jackson Brown, Cassandra Wilson, Buddy Guy, Amy Grant, Solomon Burke, Little Milton and many others. Keb’ also wrote and performs the theme song for the smash sit-com, Mike & Molly and was music composer for TV’s Memphis Beat. He has also been featured in TV and film, playing Robert Johnson in the 1998 documentary “Can’t You Hear The Wind Howl,” appeared three times on the television series, “Touched By an Angel,” and was the ghostly bluesman Possum in John Sayles’ 2007 movie, “Honeydripper.” Most recently, Keb joined the Playing For Change movement, which was created to inspire, connect and bring peace to the world through music. Keb’ is featured on the Playing For Changealbum: Playing for Change 3: Songs Around the World, which was released June 17, and features over 180 musicians from 31 countries, including Keith Richards, Sara Bareilles, David Hidalgo, Cesar Rosas, Taj Mahal and many others.